In spring 2020 Helsinki opens the doors to the first art biennial on the former military island Vallisaari. It is one of many items on the Finnish capital’s cultural strategy, as it aims to become CO2 neutral by 2035. 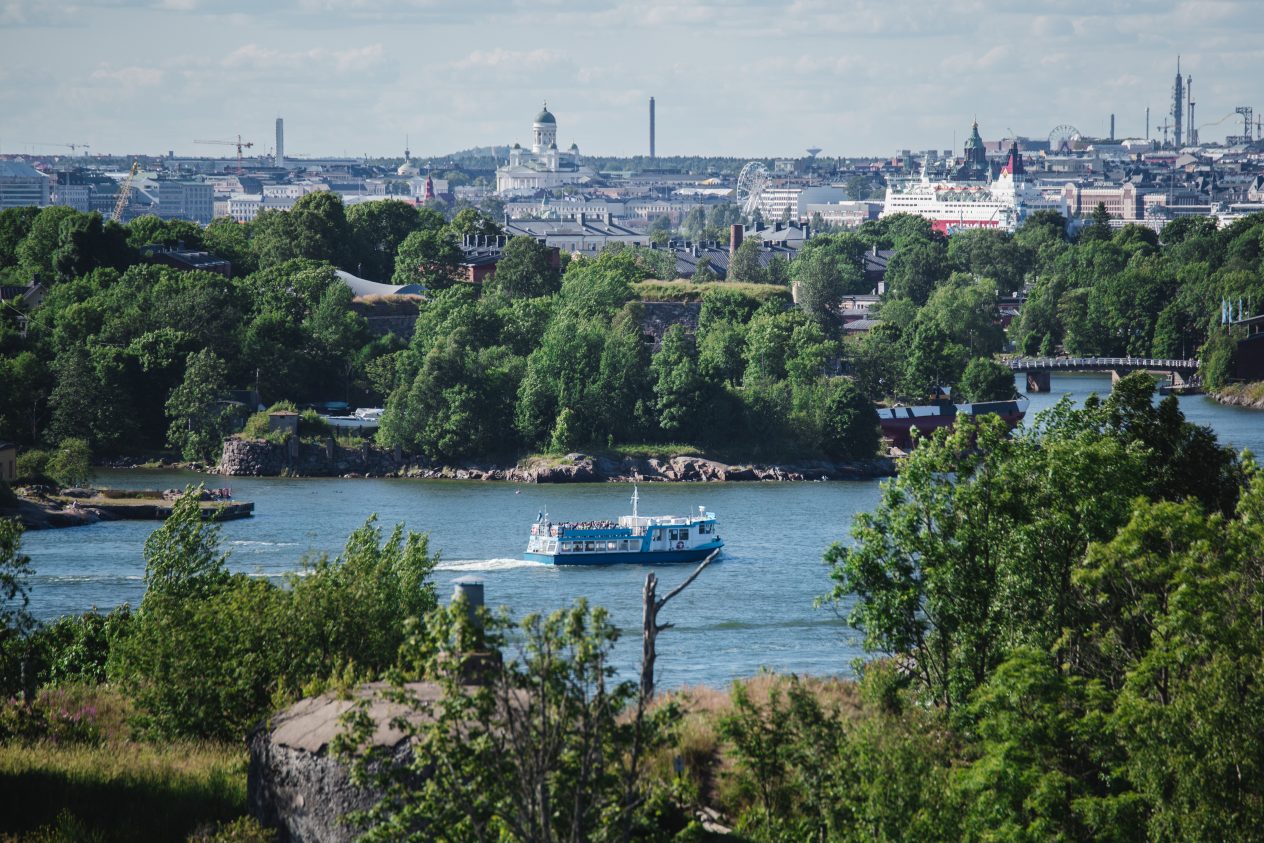 Biennials are currently the big seller in city marketing worldwide. Every year biennials for art, design and architecture open at different locations. Besides the 2018 biennial in Riga, Toronto also celebrated a new art biennial this year. There are now more than 100 biennials worldwide and the tendency to select new locations for art is on the rise. 1 Because wherever cultural exchange happens, space is created for new ideas, and different approaches to solving social, socio-cultural and political matters can be devised.

In spring of this year it was announced that a biennial for contemporary art would be held in the Finnish capital Helsinki in June 2020. Maija Tanninen-Mattila, Director of the Helsinki Art Museum (HAM), is also Director of the Helsinki Biennial and has an overarching vision for the city in the far north: “We are the art museum for the city of Helsinki and we are delighted to be arranging the first Helsinki Biennial on the island of Vallisaari. It is a great challenge to make the island accessible for art. Helsinki is very much defined by culture at the moment. That’s part of the strategy. The city supports our project with 7.5 million euros and a private foundation donates an additional 2.5 million euros – we can certainly do something with that.”

"Helsinki is very much defined by culture at the moment. That's part of the strategy." Maija Tanninen-Mattila

Ten million euros is a tidy sum. But the money is not only invested in works of art. A large portion of the budget is going to public transport and infrastructure on the mystical former military island of Vallisaari, as there is not much left but a ferry connection from Helsinki, empty huts and country lanes.

Before an expected 300,000 visitors descend on Vallisaari next year to admire art and nature, old ammunition cellars and catacombs must first be cleared out and prepared for the public. Water pipes are being laid from the mainland while at the same time efforts are being made so that the island, which is a nature reserve, does not suffer from the preparations and the Biennial. The island is home to rare bird species, bats and over 300 species of butterfly. No tree, branch or twig may be damaged. A real challenge for the organisers and curators Pirkko Siitari and Taru Tappola, who also had to find the right artists for this special place. 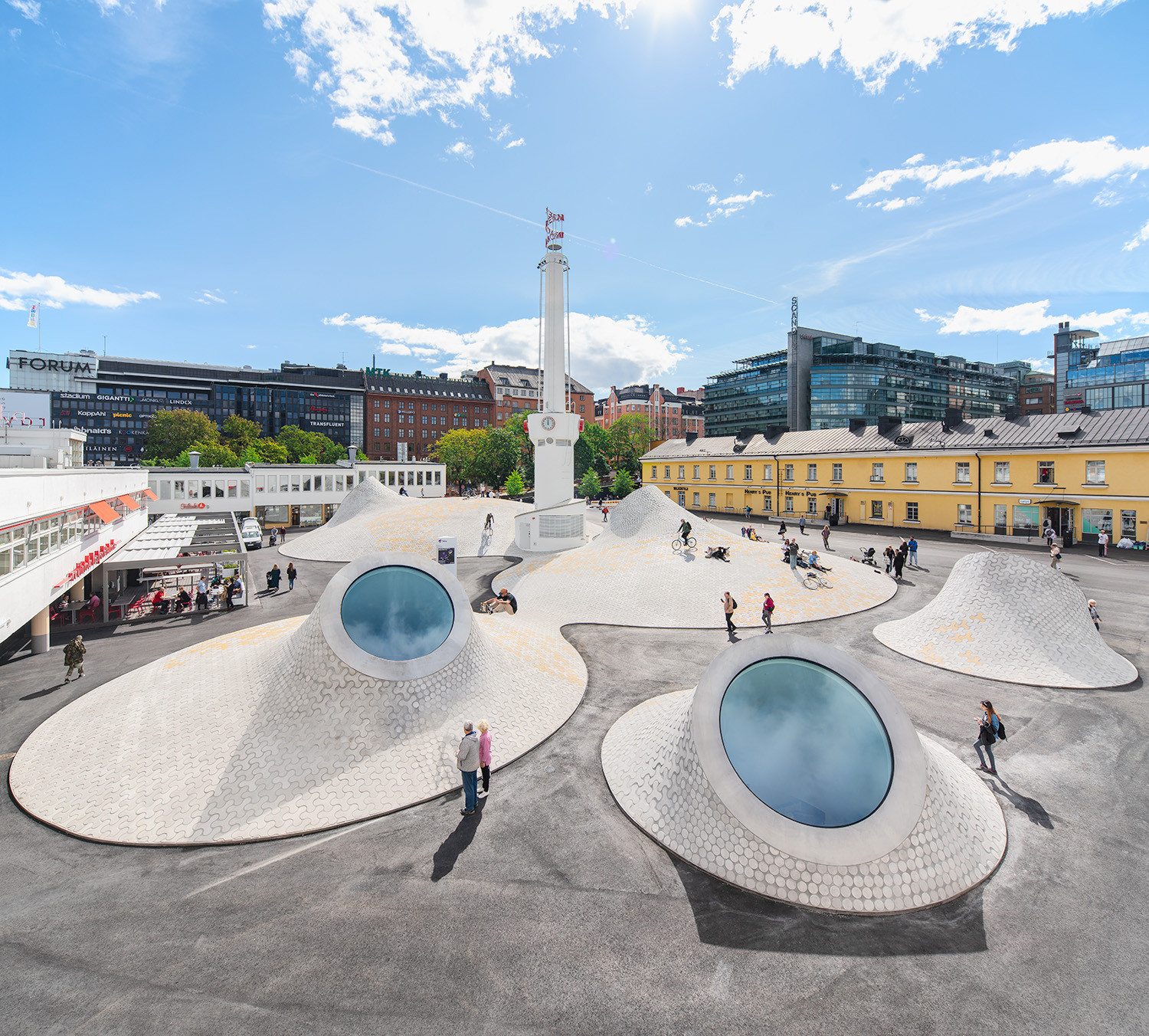 “In the Nordic countries there is the ‘Everyman’s right’ concept, which gives everyone the right to do certain things in public,” says Pirkko Siitari during a visit to the island. “Take the forest, for example: no matter who owns the forest, you can pick berries or mushrooms. Nature is there for everyone”.

And the Biennial follows exactly this concept. The 35 selected artists are all inspired by nature. The aim is to discover how important the preservation of nature is in today’s society. Taru Tappola: “Of course it is about the acute challenges we humans face when it comes to global warming and changes in nature. But we don’t want the artists to demonstrate this only in their works. It’s more about doing so subconsciously.”

Helsinki has set itself the goal of being climate neutral by 2035. It intends to achieve this target by reducing greenhouse gas emissions in Helsinki by 80 percent. The remaining 20 percent is to be offset by renewable energy projects in regions outside the city.

The organisers share the goal of the city of Helsinki and are seeking to make the organisation and logistics of the Biennial as sustainable as possible. “Of course, it doesn’t work everywhere yet, but it will work with the art production that is done directly on the island,” says Pirkko Siitari. About 80% of the artworks are produced directly on the island and will be exhibited after the Helsinki Biennial, reducing expensive transportation considerably. Half of the artworks come from Finnish artists such as Pavel Althamer and Hanna Tuulikki and the other half from international artists such as Alicia Kwade, Katharina Grosse and Mario Rizzi. 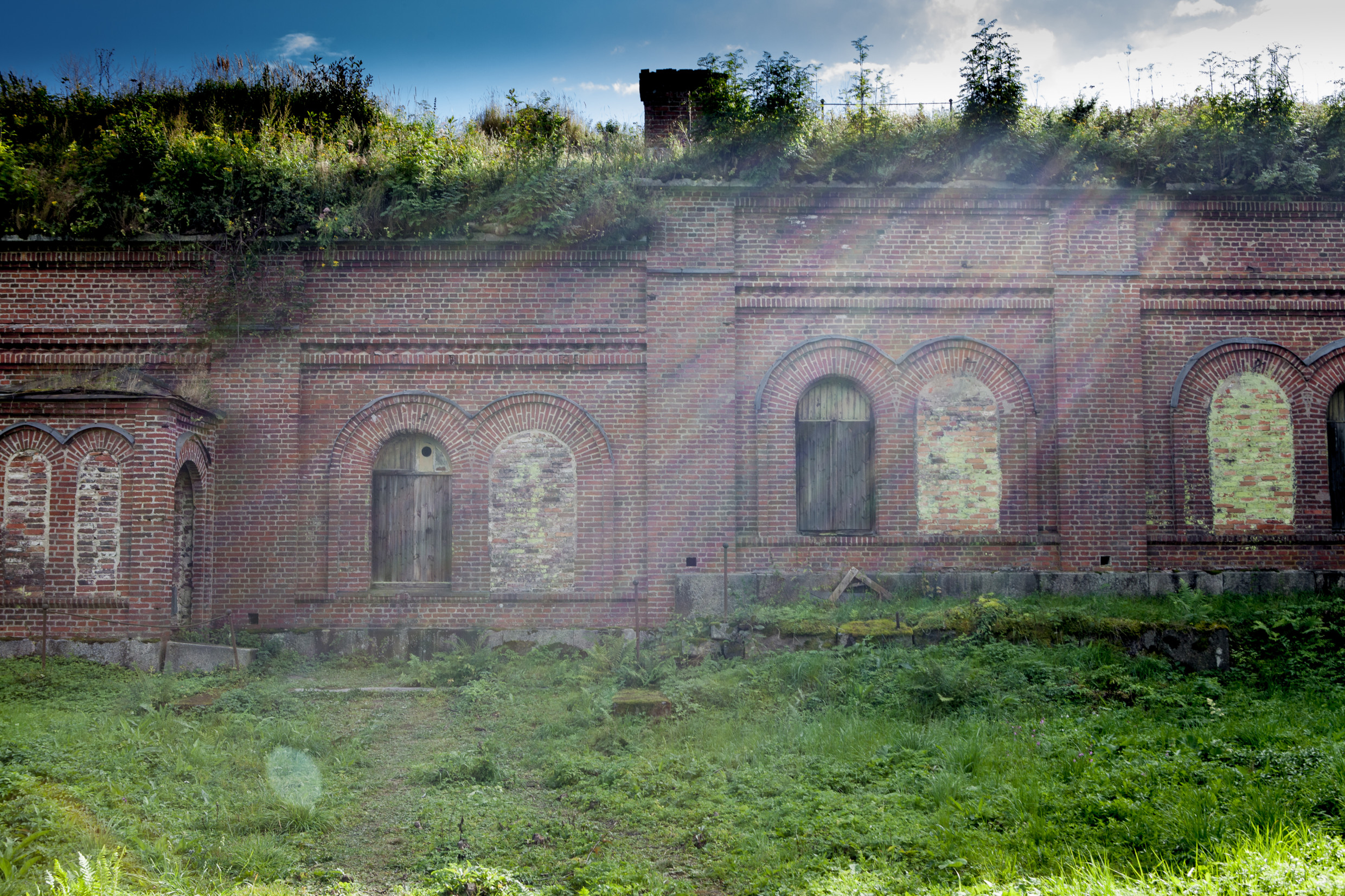 "The island here is definitely not a white cube.” Pirkko Siitari

The many catacombs and meadows on Vallisaari are still empty. There has not yet been any news about what exactly will be exhibited here. But there will be works to be viewed both in the former ammunition depots and outside in the open air. “Some artists will also connect their sound installations, video works and installations to the interior and exterior. But the island here is definitely not a white cube,” say both curators.

As with most museums and cultural institutions in Helsinki, admission to the Biennial will be free. Because unrestricted access to culture is one of the strategies of the city of Helsinki and the Department of Helsinki Marketing, which not only promotes the city’s image but also promotes culture and sustainability projects.

Helsinki’s many museums for contemporary art, such as Kiasma, Amos Rex or HAM, show that culture is highly valued in Helsinki. And above all that the city’s cultural institutions are always very popular. The Oodi central library in the city centre, which opened in 2018, attracts over 10,000 visitors every day to read, drink coffee or simply meet. The impressive building’s terrace looks onto a wonderful view of a large, car-free green square and other important cultural facilities.

It’s not the only place where you get the feeling of being in a model city of the future, in which culture and sustainability are at least as important as economic and technological progress.